My name is Edward Palermo. I am a South Hampton Criminal Lawyer | Southampton DWI Lawyer with 20 years of concentrated criminal and DWI experience. I have represented more than 1000 clients in criminal and DWI matters on Long Island. I have created this blog/website as a resource for people in need of legal help for criminal and DWI cases.

I am very proud that I was recently named for the third straight year in a row to the National Trial Lawyers Top 100 Criminal Lawyers. The Top 100 is an invitation only organization consisting of some of the finest trial lawyers in the country. Please click this link for more information on the Top 100 Trial Lawyers. I have also achieved the highest AVVO rating available of 10 – Superb. In March of 2015 I was selected to the Nations’s Top One Percent of Criminal Lawyers by the National Association of Distinguished Counsel.

Have you been arrested for a criminal or DWI charge in Southampton, New York. Southampton is one of the busiest criminal and DWI arrest areas on Long Island. When arrested here, you need a Southampton Criminal Lawyer/Southampton DWI Lawyer with a track record of success. I have handled all variety of criminal and DWI matters in Southampton, New York. I am extremely confident in my ability to give the highest level of professional care to my clients. I understand the stress that my clients feel when facing criminal or DWI charges and am always available, 24/7 to help. I make my cell phone number available to each and every one of my clients. I take pride in getting great results and in easing the emotional burden that each client must contend with over the course of their case.

Chosen to Top One Percent in Nation

I am often retained by New York City residents charged with criminal or DWI matters while spending time on the east-end. As a courtesy to these folks, who are often in the City when searching for counsel, I offer an in-depth, free telephone consultation. I will cover all the important issues for your case and find that this process makes it easier for these clients in need of my help. I will answer all of your questions and offer the guidance that you need. You will feel tremendous relief and comfort knowing that you have spoken to a Southampton Criminal Lawyer | Southampton DWI Lawyer with the depth of experience to bring a successful outcome to your matter.

I look at my biography evidences that I am much more than just a Southampton Criminal Lawyer | Southampton DWI Lawyer. I am well-known all over Long Island as a criminal lawyer with passion for his clients and great results. I enjoy helping folks arrested in Southampton to see the light at the end of the tunnel.

You need a Southampton Criminal Lawyer | Southampton DWI Lawyer with knowledge of the prosecutors and more importantly the supervising prosecutors who are able to authorize the favorable resolutions that I seek for ALL OF MY CLIENTS. Don’t settle for a local attorney who does not have the track record of success, reputation and confidence to get the great results that you or a loved one MUST HAVE. A criminal charge can cause life-long repercussions. The right Southampton Criminal Lawyer makes all the difference.

I love what I do. I handle matters in Southampton, other east-end courts, as well as the major criminal courts throughout Suffolk County on a daily basis. My day consists of visiting these Courts and applying a true passion and dedication of purpose for my clients. All of my clients know that I am 100% behind them and that I will do what is necessary within the law to get them a favorable result.

I have created this website / blog as a resource for people who need a Southampton criminal lawyer. I enjoy meeting new clients outside of my regular referral network and look forward to helping you or a loved one. The internet is powerful. People who would never know where to find a criminal lawyer, can now find an experienced, dynamic criminal lawyer. Feel free to contact me at any of the phone numbers listed above. You can also e-mail me at edpalermo@palermo-tuohy.com.

Here are some of Edward Palermo’s notable results:

– Two sisters involved in violent altercation in Suffolk County. Edward’s client arrested for assault after an allegation that she pinned her sister against a house with her automobile. Edward was able to get his client released on low bail and the matter was ultimately dismissed. The case was reported on many local news outlets including News 12, WABC and WCBS.

– Edward represented a young man charged with a gun point violent robbery of a business on Sunrise Highway in Suffolk County. Edward tried the matter before the Suffolk County Supreme Court and a jury of 12. Edward’s client faced up to 25 years in State’s prison. The jury returned a verdict of NOT-GUILTY as to all charges.

– Edward represented a Suffolk County client charged with the violent offense of Burglary in the 2nd degree. The client faced a mandatory sentence of up to life in prison since he was convicted twice before of violent felony offenses. Edward convinced a Suffolk County Court jury of 12 to acquit his client of that charge. The client was then immediately released after spending 8 months in jail awaiting trial.

– Edward represented a business man charged with a felony sex offense in Nassau County Court. Edward’s client faced up to 7 years in prison.  Edward convinced a Nassau County Jury to acquit his client of the sex offense charge.

– Edward represented a young man charged with first degree assault in the Suffolk County Supreme Court. The client faced up to 25 years in jail if convicted. The prosecutor made a plea bargain offer that required Edward’s client to spend up to the next 15 years of his life in state’s prison. Edward tried the case over 4 weeks and secured a complete NOT-GUILTY VERDICT ON ALL COUNTS!

– Edward has successfully represented thousands of people over the last 20 plus years. He is here to put his talent, drive and experience to work for you or a loved one.

Please remember that prior results do not guarantee a similar outcome. 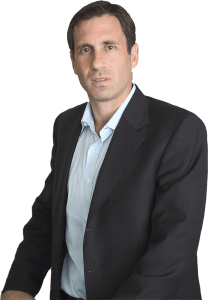